Between Light and Shadow (Game)

"Between Light and Shadow" is made for LudumDare 47. The Theme was "Your life is currency". Evil Salesmen suddenly invade the World of Light and the World of Shadow. Salesmen are everywhere and take away life. In the Light World they offer worldly goods in exchange. In the Shadow World they involve you in relentless battles. Two heros - Sun, a girl from the Light World, and Loon, General of the Shadow Realm - pick up the fight. 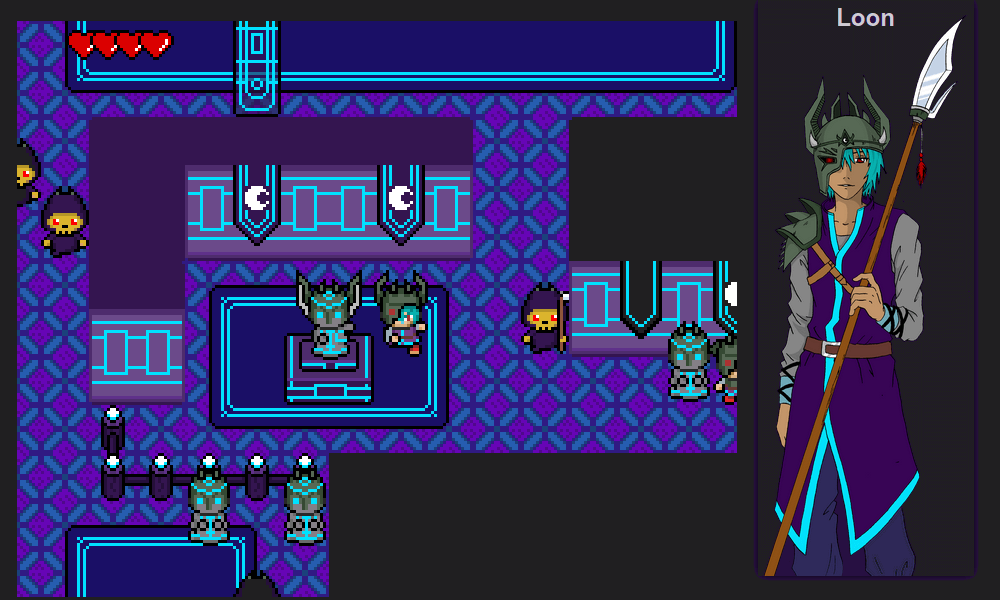 In the Shadow World you play General Loon. 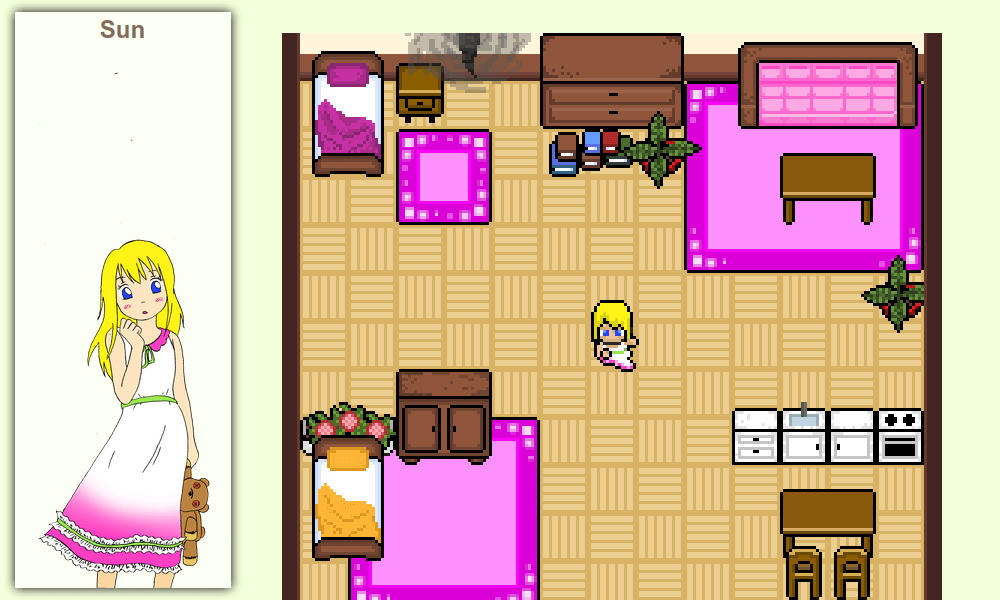 In the Light World you play Sun.

The Light World and the Shadow World…

The World of Light and the World of Shadow is like a mirror. Walls and blocking elements correspond. Salesmen are in the same places. Slide the slider and see what the two worlds look like. 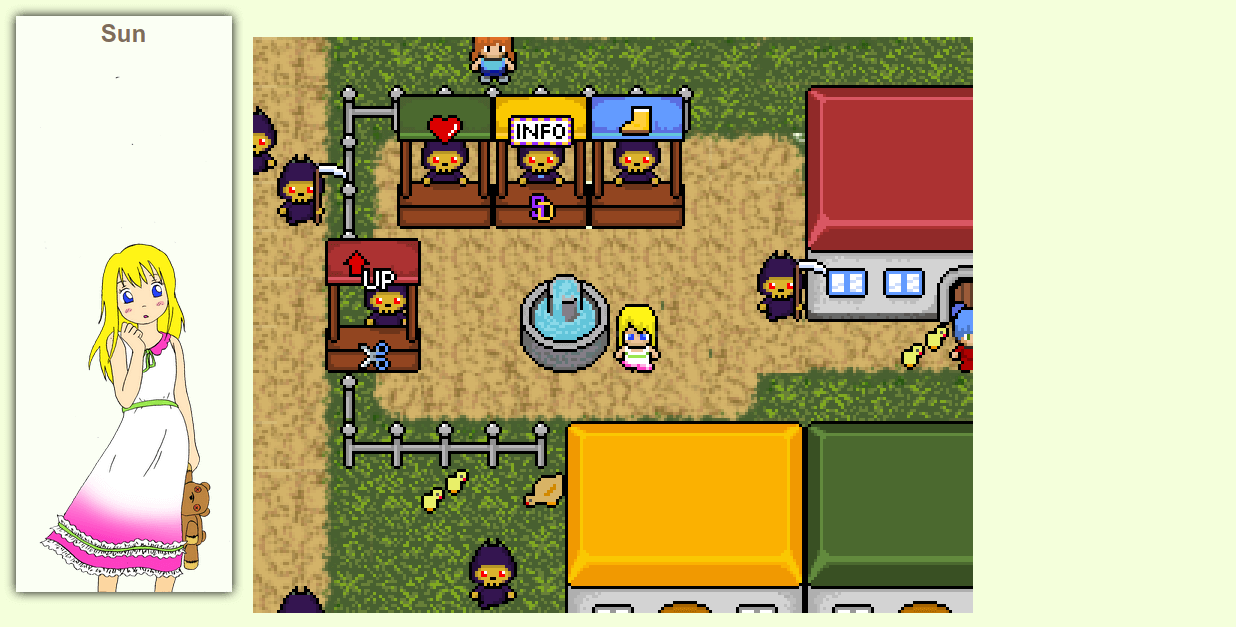 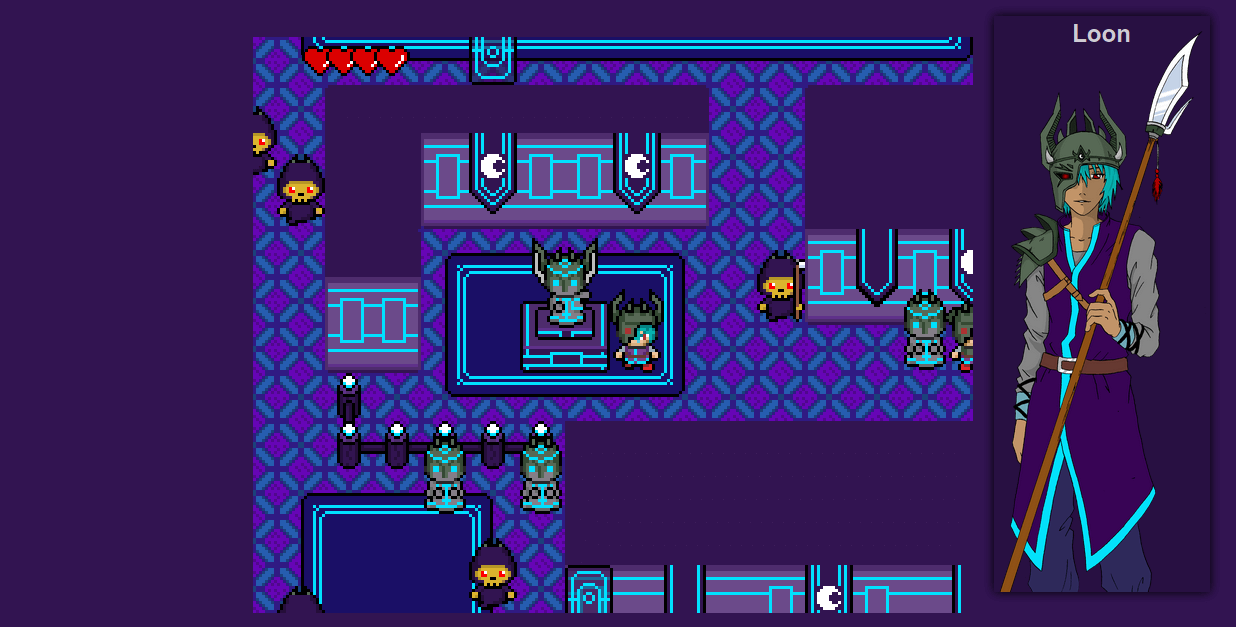 To save the world Sun and General Loon have to work together. But the General of the Shadows doesn't really see, why he need the help of a little girl with no skills. How will their adventure end?

I liked the character and the game setting so much that I wanted to make a manga with them.

Go to Manga Between Light & Shadow