Don't save the Planet

"Don't save the Planet" is made for LudumDare 50. The Theme was "Delay the inevitable". This time we had no idea at all for the proposed themes that made it to the final vote. Actually, I wanted a relaxed game for this GameJam. At the moment I like to playing visual novels - it's like reading a book or manga - and I wished to develop a visual novel like game. Also, since the world is going a bit crazy right now, I wished for a relaxed game that was far away from reality. But the wish remained unheard. The theme of "delaying the inevitable" didn't bring as many possibilities for a chilling game.

We made this game with Godot game engine.

So it became a non-innovative intergalactic whack a mole. 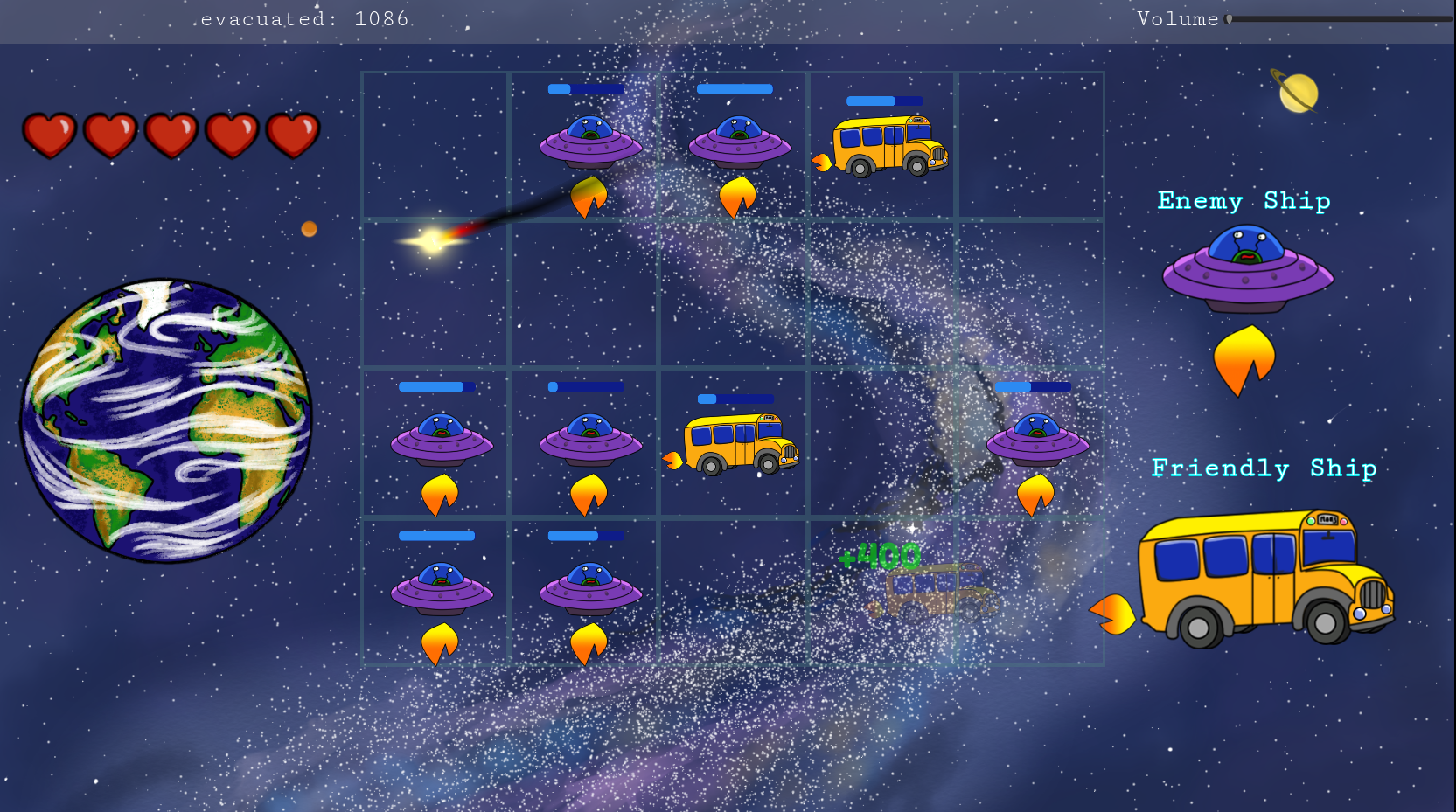 …with an idea sketch from the game. The game should end up looking like this: with a grid where enemy and allied ships appear. And over time, the ships should spawn faster and faster. 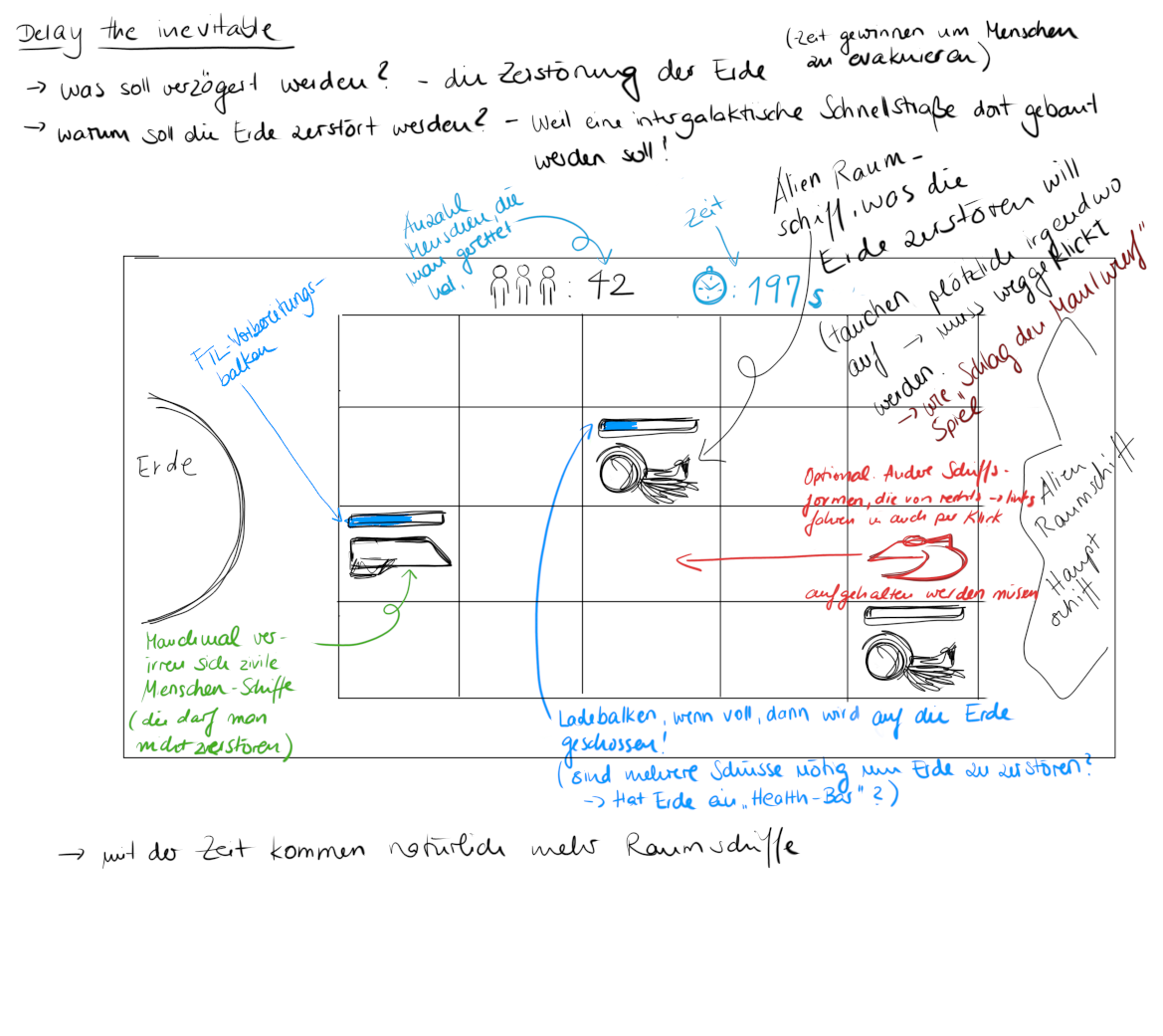 So my tasks were to draw the images for the Intro and the title screen.

Of course, aliens could not be missing from a space combat game. So the great Silke painted a few aliens for us.

The final version of the title screen: 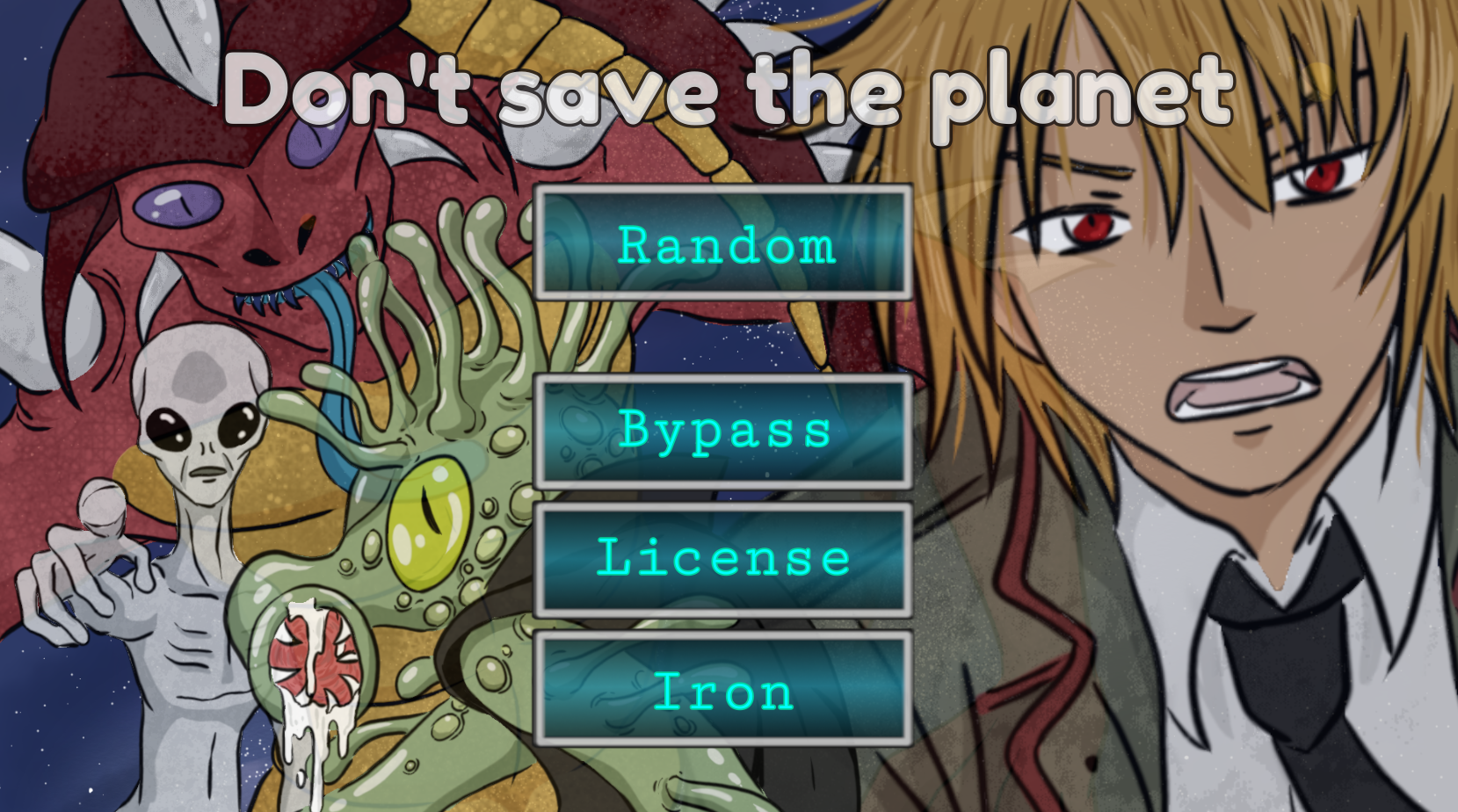 Unfortunately, we forgot to take pictures of the intermediate states of the programmatic development... :( That's why I can't show you so much of the development of the game mechanics here. But I managed to get my computer down by simply creating an infinite number of missiles and not destroying them when they collided. :D

What else? What else did we manage to do within a weekend plus Monday? We managed to add three difficulty lines. In doing so, Earth has received different amounts of health and distinguishing between enemy and allied Spaceships becomes more difficult with levels.

At ludumDare it is often the case that we always take on too much for the main game and the tutorial is often sparse. Often our tutorials are simply as a text description on the ludumDare page. But this time we even managed to include the tutorial in the game. Yeah! :D